BAN ALL HUMANS from politics in Cat President 2: Purrlitical Revolution

SEATTLE, May 9, 2017 /PRNewswire/ -- Liftoff Labs and Big Fish Games are excited to announce the launch of Moonshot Galaxy™ today (May 9, 2017) to PlayStation®VR. Using DUALSHOCK®4 or PlayStation®Move controllers, players will combine strategy and skill to complete 36 planetary levels in unique quadrants of the universe.

Moonshot Galaxy is an innovative and unique VR game offering groundbreaking, comfortable, and accessible gameplay infused with charm, style, and polish. Its low-pressure atmosphere is perfect for players new to VR, while the challenge of mastering its courses offers depth of skill development and endless replayability for VR pros.

The idea is simple: sink the ball in the hole in as few shots as possible, with traditional golf scoring. That's where the golf similarities end though, as there are no clubs to be found. Using PlayStation®Move controllers, simply pick up the ball, aim, and let it fly. An eye for a parabolic trajectory is a useful skill for this galactic challenge.

"The sense of presence offered by virtual reality with motion controllers is unlike anything you can experience with flat-screen gaming. On top of that, we designed Moonshot Galaxy to be a unique game unlike anything else you can play in VR. The feeling of navigating these miniature worlds and reaching for the perfect shot is compelling, and seems to keep players coming back for more," said Mars Jokela, Director of Liftoff Labs.

An early version of the game launched in 2016 under the title Galaxy Golf, which seemed like a fun and catchy name, although Liftoff Labs quickly discovered it gave an unrealistic impression of the actual gameplay by listening to customer feedback.

"We collected comments, reviews, and conducted a VR player survey. The results were pretty consistent, in that the brand generated an assumption that the game would simply be 'Golf in Space.'  It's not. The game is really more of a physics puzzler, so in response, we chose a brand more aligned and true to the experience, which wouldn't deter people who would have otherwise enjoyed the game," said Jokela.

The final name was born out of a number of brainstorming sessions and a customer survey. Liftoff admits there were a number of great puns tossed around, but in the end, everyone is happy to have landed on Moonshot Galaxy™.

Moonshot Galaxy™ is available today on Sony PlayStation®VR and updates to the content already published on Steam will go live today.

About Big Fish Founded in 2002, Big Fish is the world's largest producer and distributor of casual games, delivering fun to millions of people around the world.  Through its mobile and online distribution platforms, Big Fish has distributed more than 2.5 billion games to customers in 150 countries from a growing catalogue of 450+ unique mobile games and 3,500+ unique PC games. The company is headquartered in Seattle, WA, with regional offices in Oakland, CA, and Luxembourg. 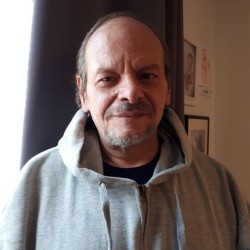